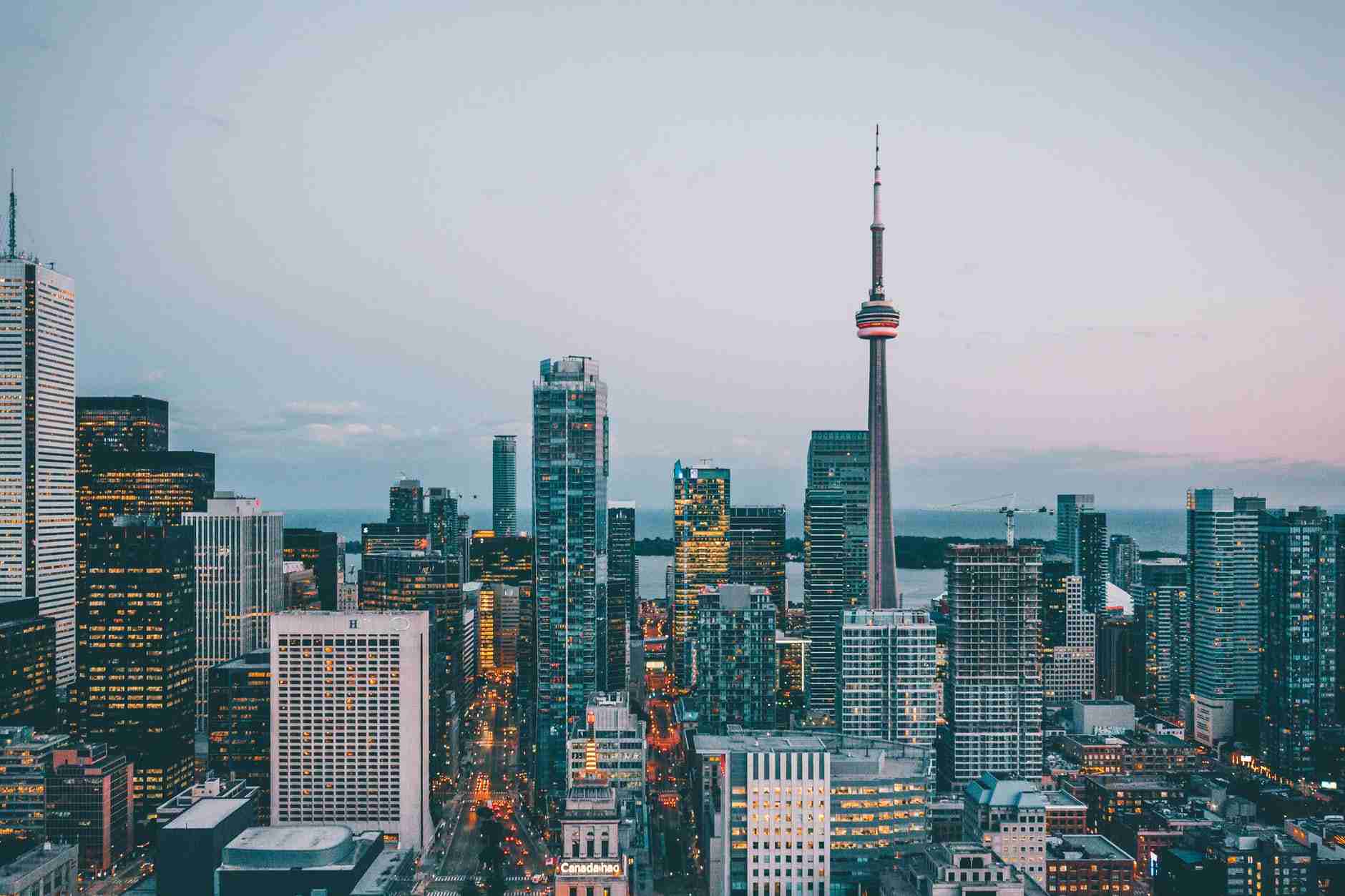 As seen on the Maple Sandbox: There is a bit of anxiety concerning what happens at the US border once you have a CLN or once you’ve applied for one. Or for that matter, if you have a Canadian passport that shows a US birthplace, you only have a non-US passport and don’t want US one, and haven’t yet decided whether a CLN is a good idea for you.  If you’re one of any of these concerned people, this post and thread are for you.

My wife and I just returned from a week-long family visit to the US. We travelled by air, crossing US customs and immigration at pre-clearance at Pearson Airport in Toronto. My wife had applied for a relinquishment CLN several months earlier. She is still waiting for it, but in the meantime, the vice-consul told her at the interview that her CLN application file is now on the State Department website and is accessible to DHS staff at the border, if there is any question about why she is crossing the border on a Canadian passport that shows a US birthplace.  (If you have a CLN or have applied for one, there is no way you can possibly have a US passport.  If you had one before applying for the CLN, you are required to surrender it during the application process.  Once you’ve sworn either the relinquishment or renunciation oath, you cannot be issued a US passport.  So it would be absurd for a border guard to insist that you present a US passport at the border.)

Both of us have Canadian passports with US birthplaces. I have a CLN that was issued to me in 1976, based on my relinquishment upon becoming a Canadian in 1975. I would assume, in fact I would hope, that my CLN is flagged on the DOS and DHS computer systems; I’d be disappointed if it weren’t. But, I’m not going to ask a border guard or any other US official if it is. I don’t believe in kicking sleeping bears; such behaviour tends to be bad for the health.

Our border crossing last week was our first crossing since my wife applied for her CLN, so we were a little nervous, on her account (I always carry a photocopy of my CLN with my passport when I travel).  Needlessly, as it turned out.

The pre-clearance area at Pearson wasn’t very busy; we were referred to an agent almost immediately after we arrived in the area. The agent examined both our passports, then scanned both of them into his computer. He examined the computer screen. He asked us how long we would be visiting the US, the purpose of the visit, and the usual questions about what we were bringing into the US (no tobacco, no alcohol) and the value of any gifts we’d be leaving behind in the US. He then entry-visa-stamped both our passports, initialed the visa stamps, and wished us a nice trip. No questions about citizenship, about why  passport, about CLNs, nor any reference to the T word. He didn’t need to ask where we were staying; I had to give the hotel name, address and phone number to the airline when getting the boarding passes (which information I believe is now routinely shared between the US and Canada and probably many other countries), and also had to give that information on the US customs declaration form.  No ogres awaited us as we got off the plane in the US. At no time during our week-long stay at the hotel were we ever contacted by any official of any level of US government. Our return to Canada was uneventful.

So, at least in our case, two Canadians born in the US, both of whom have relinquished their US citizenship, crossed the border together on their Canadian passports in mid-August 2012 without incident.

What if you have a Canadian passport, a non-US passport, that shows a US birthplace, don’t have a US passport and don’t want one because you don’t consider yourself a US citizen, and want to cross the US border?  Stories here are mixed.  My wife was in those shoes until a few months ago.  She’s been across the US border for decades on her Canadian passport with US birthplace and has never once been “cautioned” or “warned” that she “has” to have a US passport to go back instead of a non-US passport.  But we have two friends who have been cautioned.  Both our friends want to keep crossing the US border, because they both have adult children and now grandchildren living in the US, whom they want to visit. One has decided he wants to remain a dual US-Canada citizen, got a US passport, and spent thousands of dollars to become compliant with IRS demands (he hadn’t filed any US tax forms since becoming a Canadian).  The other friend has absolutely no desire or intention ever to get a US passport, never has had one, also hasn’t filed US tax forms since becoming a Canadian more than 30 years ago, and has been “warned” when crossing by land (never, so far, during air crossings).  Each time she has been warned, she smiled calmly and said essentially “I’m a Canadian, I’m not an American, this is my passport, and I want to cross on it.”  She’s had her name entered at least once in the US border computers over this, has then been let in, and has subsequently gone back across without any further problems, at least not yet.

The lawyer my wife and I consulted in my wife’s case has a client who so far has been “warned” four times and still crosses; the warnings have delayed his border crossings, but he still gets in.  As far as we can tell, so far these “warnings” seem to be random, at the whim of the particular border officer, and don’t (yet) have any serious consequences.  But that could always change.

On the subject of visa stamps: since August 2011, my wife and I have crossed the US border five times on various family visits, twice by car (in Vermont) and three times by air (twice at Pearson and once clearing US immigration in Newark NJ). All three air crossings netted us US entry visa stamps on our passports (as a matter of what seems to be routine now at the airports; we didn’t ask for the visa stamps nor did we need to); none of the car crossings resulted in visa stamps (we presented our passports at both those crossings). Thanks to the air crossings, we now both can prove beyond any doubt that we’ve been admitted to the US carrying Canadian passports that show US birthplaces.  Our feisty friend who keeps crossing in spite of warnings on land has also acquired a collection of US visa stamps in her Canadian passport, when she flies into the US.

Things can always change at the border. Lightning can strike at any time in the future. An incoming asteroid could destroy life or civilization as we know it on Earth. So far, however, the sky is not falling.  We will enjoy what’s left of the summer, and we look forward to the maple leaves turning this Fall.  We’ll be vigilant and prepared when we cross the border, but we aren’t losing any sleep over the issue of our passports and citizenships, at least not yet (if ever).

I invite other US-borns living in Canada (or elsewhere outside the US) who have Canadian (or other) passports showing a US birthplace, and who do not have a US passport, whether they have a CLN, have applied for one, or haven’t applied for one, to share their border-crossing experiences on this thread in the coming months, especially if anything disturbing happens.  When you report your experience, please identify whether you have or have applied for a CLN (and if so, whether it was a renunciation or relinquishment), or not, and also indicate whether your experience was at an airport or at a land crossing.  If you feel comfortable doing so, also indicate which airport or border crossing was involved.

I hope this thread can serve both to provide some comfort level (for as long as that’s appropriate) and, as needed, an early-warning system for things that may come, and perhaps some ammunition to use to try to nudge our government to take issue with the US over this if things start to get out of hand.  (Remember Blaine Washington …)

PS I just edited the title of the thread, which originally read “Canadian passport” instead of “a non-US passport.”  Sorry for the Canada-centric tendencies; I am Canadian and that’s my perspective, but I recognize and respect that there are lots of US expats/former USPs (to use Johnnb’s point which I also have raised elsewhere) who live in countries other than Canada and who share some of these concerns.  Not sure whether people entering the US from, for example, Switzerland (to pick a country which raises some hackles in parts of US officialdom these days) will get treated differently from people crossing from Canada.  In theory everyone should be handled the same way, but we all know that there’s always a big gap between theory and practice.  If you reply to this thread with border-crossing examples, please indicate from what country you were coming into the US if it wasn’t Canada and if you think that may have made a difference to your treatment.

How to Keep Your Tax Documents Secure While Living Abroad
Washington Post: How the coronavirus makes it impossible to renounce U.S. citizenship
US expat taxes: A guide for filing taxes as an American living abroad