5 Myths about renouncing US citizenship 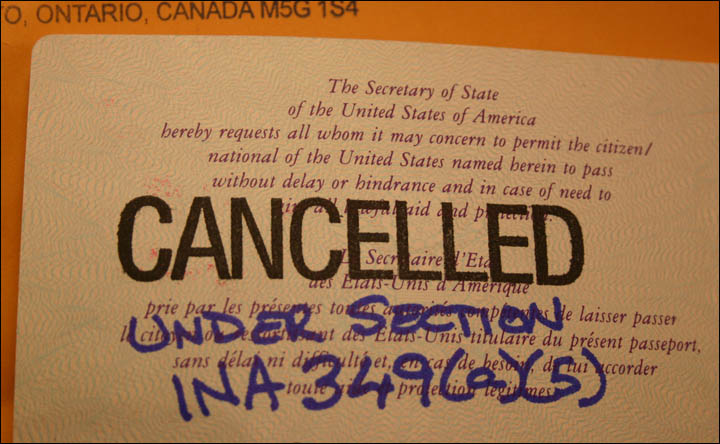 I’m Olivier Wagner, and today I’ll discuss five myths surrounding renouncing U.S. citizenship. Those were urban legends that oftentimes come with some old truth that might no longer apply, and I’ll discuss that in this video. Make sure to pay attention if you plan to renounce US citizenship.
I have been preparing US tax returns since 2012 and specializing in people who renounce U.S. citizenship since 2015, and those are a few things that come up as I talk to my clients.

Myth #1: You will have to dispose of all of your assets

You do not have to sever your ties with the U.S.
Unlike, say, Canada or Australia, the U.S. operates on a citizenship-based taxation system; which means that you’re taxed on your worldwide income as long as you’re a U.S. citizen, and it doesn’t have to do with your ties with the U.S. except of course if you consider citizenship to be a tie. As a U.S. citizen, you have to report your worldwide income. If you’re not a U.S. citizen, you would only have to report U.S.-sourced income on a U.S. tax return.
At the same time, if you are a covered expatriate*, there’s a disposition of all assets.

That’s not an actual disposition. Rather, it would be a deemed disposition, such taxpayers would have capital gains and report that.

But you can keep on having real estate in the U.S., have your U.S. bank account. You will get taxed as a non-resident on your U.S. sourced income.

* You will be a covered expatriate if:

That’s no longer the case. Someone renouncing U.S. citizenship would essentially be filing their last tax return, along with form 8854 is a one-time thing you will

And you’ll be on your way. You might have tax owing on that final tax return but you will not have any further tax returns to file. Obviously, if you have real estate, a rental property in the U.S. you would still file a U.S. tax return just like any other foreigner in this situation.

But from June 3rd 2004 to June 17 2008, IRC section 877 did plan that if somebody renounced U.S. citizenship and then they spend more than 30 days in the U.S., then they had to file a U.S. tax return reporting their worldwide income.

Myth #3: You will lose your Social Security benefits

And you’ll be on your way. You might have tax owing on that final tax return, but you will not have any further tax returns to file. If you have real estate or rental property in the U.S. you would still file a U.S. tax return just like any other foreigner in this situation.

Myth #4: You will lose your Social Security Number

That’s not the case. Once you have that number, you have it all for life. So if you have a Social Security Number with no annotation on it, you don’t need to update that either.
If you have a credit history, you can keep on using that to get a credit card or loan from lenders. But, of course, you would have to answer truthfully. If they ask you whether you’re a U.S. person or not, you will have to respond negatively to that question.

It’s primarily untrue; it’s mostly false. However, there’s some truth in that with the Reed amendment, passed in the 1990s, those who renounced U.S. citizenship to evade U.S. tax would not be allowed back into the U.S.
To implement that law, the U.S. government should have created some way for the IRS to share information with the Department of State. But, it has not been implemented. As such, the only way for people to be banned from entering the U.S. is if they said that they renounced U.S. citizenship to evade U.S. tax.

So unless you say as much at either the consulate or when talking to the border agent at the border, you were you would not be prevented from entering the U.S.

Every year thousands I think we have ten thousand people renounce U.S. citizenship. In comparison, USCIS only banned about a dozen people from entering the U.S. based on the Reed amendment.

After renouncing, U.S. authorities will treat you like any other foreigner. However, this brings us to a different point: the non-immigrant intent.

The non-immigrant intent applies to all foreigners using a non-immigrant visa/status (this includes all the most common, more accessible immigration statuses, including that of a tourist). So, for example, if you go to the U.S. as a tourist, you need to have a home elsewhere, and your intent must be to return to that home so if all of your life is in Canada, you’re a Canadian citizen, you can still go to the U.S. as a tourist.

On the other hand, you’ve lived all your life in the U.S., you used to be a U.S. citizen; your families are in the U.S., and maybe your business is in the U.S. You buy citizenship in St Kitts & Nevis. If you surrender your U.S. citizenship and want to return to the U.S. as a tourist, you might not be able to do that. That’s not about the Reed amendment. Quite simply, you have not established ties to a home outside the U.S. that would allow you to convince U.S. officials that you plan on returning to that home.

All right that was the five myths surrounding renouncing U.S. citizenship. Contact me at https://1040abroad.com/contact/ if you want to ask me any questions.

Tax joke: Gambler gets a notice from IRS that he is being audited.
IRS has Deferred the Tax Payment Deadline by 90 Days!
Live Updates: The Latest COVID-19 News for Taxpayers and Small Business Owners